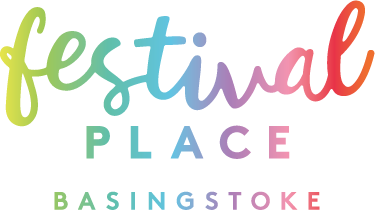 Some retailers may vary: please check their individual listings.

A striking image of novelist Jane Austen created using just snow spray, an ice scraper and a paintbrush is causing a flurry of excitement at Festival Place.

The Basingstoke shopping centre has teamed up with Snow Windows Ltd in a bid to bring a little warmth and positivity back to the embattled high street after a difficult year.

Since its inception in 2015, Snow Windows has taken the country by storm, with artist Tom creating magical Christmas scenes in windows at Harvey Nicholls, Costa, Audi and Gaggenau, as well as working his magic in the homes of celebrities like Jamie Oliver, Kirstie Allsopp and Chris Moyles.

But with their busiest season behind them, Tom and his partner Keri Ackling decided to spend the warmer months working on a new project that would give something back to the high street.

"The last few years have been very difficult for the high street, and retail has been hit hard by the pandemic,” says Keri.

“This year more than ever we wanted to find ways to support communities in a Covid-safe way.

“We wanted to give shoppers a reason to turn out again, and hopefully make them smile, so we have been asking shopping centres if they would like to turn their empty units into art spaces for free.

“We had worked in Basingstoke before doing installations in shops across the town, so we knew it would work well if we could do something with Festival Place.”

Keri and Tom had wanted to keep Snow Windows’ work anonymous, creating artworks that would appear mysteriously and not detract from what they were hoping to achieve, but the distinctive nature of Tom’s work soon led to their discovery.

“It really wasn’t about publicity for us as a company,” said Keri. “We are doing it for free to hopefully create something positive, but we just couldn’t fly under the radar. In the first installation we did in an empty unit, Tom signed his work Bob Sled, in a tribute to the artist Bob Ross and a nod to the snowy nature of the work - but as soon as it started to appear on social media, people worked out who was behind it.”

The artwork at Festival Place took Tom around four hours to create and depicts the novelist Jane Austen, who spent the first 25 years of her life at Steventon, where her father was vicar.

“All our images carry a positive message and have a local link, and we hope that as well as enjoying the work, people will be inspired to find out more about the history and heritage of their towns,” says Keri.

“Tom also puts things into his work that aren’t always visible at first – in the Festival Place image, Jane Austen has swapped her pen and ink for a can of snow spray!

“With art, the more you look, the more you see. Everyone will take something different from it, whether that’s humour or warmth, positivity or knowledge.

“We wanted to give people a reason to smile and we hope our installations will encourage people back to the shopping centres and high street – our retailers depend on it.”

FP Marketing Manager, Emily said: “This is such an exciting project and it’s been an absolute pleasure to work with Snow Windows and watch them create this beautiful and inspiring artwork in one of our units.

“It's incredible what Tom can do with just his imagination and a can of spray snow. He and Keri have our warmest thanks for reaching out, to sprinkle a little bit of positivity to the retail world as we all emerge from a very difficult year.”

GET OFFERS AND UPDATES